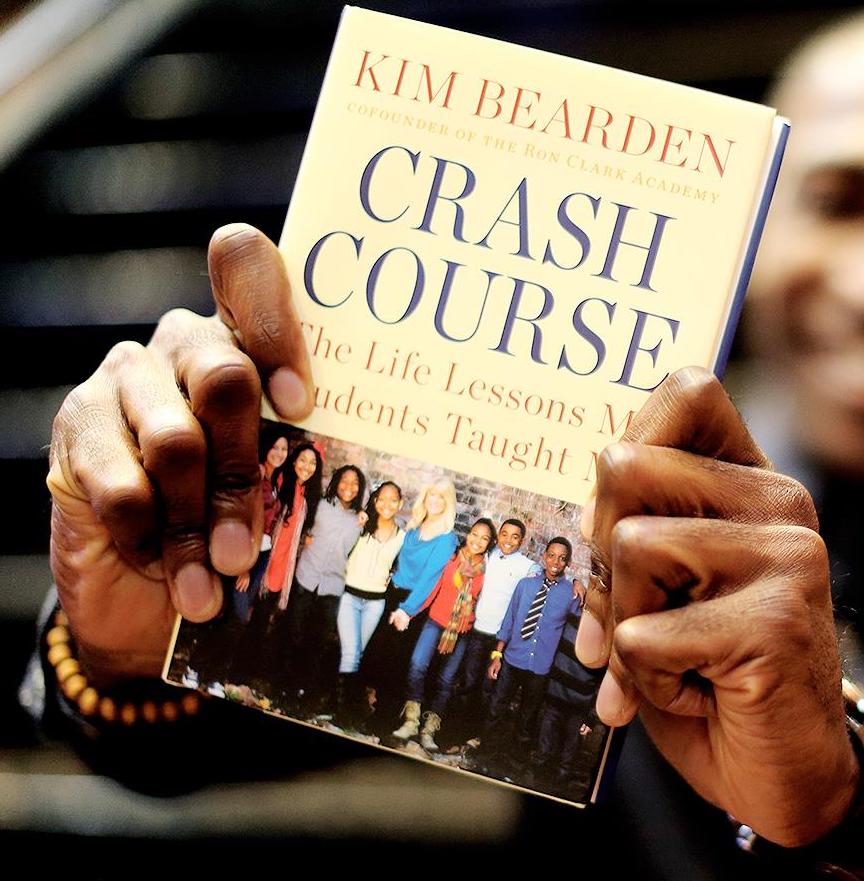 As a new teacher fresh out of the college, Kim Bearden became exasperated with a boy named Mitchell, who smirked, rolled his eyes and made her life miserable.

Bearden still recalls how she saw Mitchell only for the problems he caused in her Cobb County middle school classroom rather than the potential he had, saying, “I never once tried to develop a meaningful relationship, and now, 26 years later, I can’t forgive myself for it.”

While Bearden didn’t develop a bond with Mitchell, she has tried with every student since. In her new book, “Crash Course: The Life Lessons My Students Taught Me,” Bearden says those relationships have helped her as much as her students.

“Some of the most incredible adults — people who have had a big impact, who made changes in the world — were hot messes when they were still in school,” she says. “When you look at a child, you can’t look at where they are. You have to look at what they will become.”

Her desire to engage her students turned Bearden into an extraordinary teacher, recognized with numerous awards including the Oscar of teaching, the Milken prize, and a Disney honor that brought her to California 14 years ago. There, she met another honoree named Ron Clark, who had worked miracles at a low-income school in Harlem.

The two bonded and dreamed of a school that would also be a learning laboratory to show educators how to engage kids. In 2004, Clark came to Atlanta — buoyed by the success of his first book after Oprah Winfrey gave it her blessing — and armed with a million dollars in sales proceeds to turn their dream into a reality.

Three long years later, the pair opened the private Ron Clark Academy in the shadow of the federal penitentiary in south Atlanta. Today, thousands of visiting teachers watch the staff in action; even more so next year, when the academy adds a new building to a magical complex that includes the famous two-story blue slide, secret rooms and a staircase embedded with coins from every nation to remind students of the wider world.

The staff at Ron Clark were all top public school teachers. The school accepts students with a mix of academic abilities to replicate a public school classroom, where teachers will confront high achievers and kids with no history of academic success.

“I could put any of my teachers in a field under a tree to teach a lesson, and I would still put my money on them teaching a magnificent lesson,” says Bearden, a University of Georgia graduate.

With her own daughter grown, Bearden now can spend a lot more time with her students, including “slumber” parties at the school and trips to New York City and South Africa.

But even as a struggling single mother dealing with the sudden collapse of her marriage, Bearden says, “When I was in that situation, I was the best teacher I could possibly be for those kids in the classroom. If you can’t go to a student’s soccer games on Saturday because you want to be at your own kid’s soccer, then I would go sit down and eat lunch with that student you want to reach. That 15 or 20 minutes with a kid can give you six months of a much different experience with the child.”

Bearden will be back to juggling soccer games this year. Through Ron Clark’s annual school trips to South Africa, Bearden got to know three South African boys who loved to learn but had limited opportunities. Now, the boys are living with Bearden and her husband and attending Ron Clark. “We are committed to having them as part of our family for as long as they need to stay here for their studies,” she says.

And she’s learning from her three new sons. “The day I think I know it all as an educator is the day I should stop teaching,” she says. “I am constantly striving to be better.”

By Maureen Downey – The Atlanta Journal-Constitution